Virtual tour: Lenin Square (Khabarovsk). Lenin Square - the central square of the city of Khabarovsk, is located in the Central District, between the streets around the perimeter of Pushkin, Muravyov-Amursky, Gogol and the passage connecting Gogol Street and Pushkin Street. It divides the streets of Karl Marx and Muravyov-Amursky, which until 1992 was the only street of Karl Marx. The territory of the square within the boundaries of the streets is 25 300 m². Location of the main city events and celebrations.

In 1949, architect E. D. Mameshin developed a project for the planning and development of the square (he is also the author of a modern medical university, which stands right there). In 1950, the area was covered with asphalt, its borders were finally secured (it became one of the largest in the country), tribunes were lined up on which 2.5 thousand people were placed. Changed the place and the monument to Lenin - from the center he was transferred to the stands, where he is still, the square was renamed Stalin Square. A large fountain was installed a little later.

On July 27, 1957, the city executive committee made a decision "On the renaming of Stalin's Square into the Lenin's Square."

From left to right: City Hospital № 3 named. S. K. Nechepayev, the Central Hotel, on the lower floor, the Berezka store, the Central Telegraph building and the old fountain.

The old fountain and the Khabarovsk fashion house (in the 21st century Dalcombank building, then MTS Bank). On the building - the first in the city (and then the only) "light newspaper."

1981 The slogans on buildings are: “Communism will win,” “Our goal is communism,” “Leninism is our banner.” In 1998, the second reconstruction of the square was carried out - the authors: A. Mameshin - director, A. V. Mameshin, E. D. Mameshin, A. A. Mameshin; General Contractor - JSC Geprid - General Director A. D. Krutko. During the reconstruction, a large fountain was moved to the center, the asphalt surface was replaced with a granite slab and paving stones, the area was equipped with small forms of architecture (benches, portable beds, urns), and lighting was provided. The relocation of a large fountain to the center of the square is explained by a change in its purpose: Lenin’s social and political square turned into a resting place for residents and guests of the regional center, a place for social and cultural events.

In 2003, a pedestrian viaduct was built across Muravyov-Amursky Street (near the Academy of State Service) with improvement of the section from the stair descent to the building of the Far Eastern State Medical University.

Throughout history, social and political events and New Year trees were held on the central square. Every winter there is an international festival of ice sculptures.

Lenin monument Monument to Lenin in Khabarovsk.jpg The monument depicts Lenin in a cap, who holds his right hand in his trouser pocket, with his left holding his jacket collar.

After the establishment of Soviet power in the Far East, Dalbureau of the Central Committee of the RCP (b), in Dalrevkom and local newspapers were sent in a stream of letters suggesting that a monument to Lenin be erected in Khabarovsk. On the anniversary of his death - on January 22, 1925, a solemn bookmark was held, and by the October holidays a sculpture of the work of the People's Artist of the RSFSR M. G. Manizer arrived from Moscow. A rally on this occasion on November 7 was crowded. Chairman of Dalrevkoma Ya. B. Gamarnik spoke on it:

“We are unveiling a monument to the greatest leader of mankind in all ages - Comrade Lenin - in the eighth year of the October Revolution and the third year of Sovietization of the Far East. These two holidays are associated with the name of Lenin "

The height of the monument together with the pedestal was 6.67 m. Three bronze plaques with quotes of the leader were made and fixed on the pedestal.

During the first reconstruction in 1950, the monument was moved from the center of the square to the building of the former real school, making stands on either side. Then 2 tablets disappeared - only a quote remains:

"Another 40-50 years of correct relations with the peasantry, and the victory of communism in Russia is ensured"

In the 1970s, it was replaced by another of the three tablets, which hangs to this day:

"Communism is the highest degree of development of socialism, when people work out of the consciousness of the need to work for the common good"

In the 1990s, especially during the second reconstruction of the square (in a modern way), opinions were heard to remove the monument, but it was left and restored. Tribunes also disappeared (lawns appeared instead of them), a pedestal was faced and fortified, a new ground cover was made, a retaining wall was removed.

Architectural ensemble (modern look) On the square there are 8 small fountains with pools with a diameter of 6.0 m in place of the previously existing ones and a large fountain, which is now located in the center of the square. The site of a large fountain is a square with sides of 52 × 52 m, decorated with lawns, flower beds. In the center of the multi-level site is a large fountain pool, consisting of 3 parts: the upper, intermediate and lower pools. The diameter of the lower pool along the outer edge of the board is 22 m. In the center of the upper pool there is a pedestal 4 meters high with a bronze bowl of a large fountain. All elements of the large and small fountains are made in the classical style with preservation of the figurativeness of the fountains, built in 1950-1957. The material used for the manufacture of fountains - red granite with a polished surface. A large fountain bowl, central nozzles, and decorative elements on pedestals are made in bronze casting. At night, jets of large and small fountains are illuminated. [2] The covering of the middle part of the area is sawn granite tiles of 30 × 30 cm in white, gray and red colors. On the grounds of small fountains, side alleys, walkways - a coating of concrete pavers of red and gray colors, with a frieze of granite tiles. Curbstone of flower girls, rabatok - figured, from gray granite. Lanterns for lighting the area - cast iron, Kasli casting. From the side of st. Pushkin provides parking for 50 cars. On the opposite side of the street is a monument to Lenin.

The architectural appearance of the building area is diverse - buildings erected at different times are made in various facing materials of various scale and number of storeys. On the square are:

Government of the Khabarovsk Territory (in the people "White House") Far Eastern State Medical University Far Eastern Academy of Public Administration Between the upper floor windows on the building of the Far Eastern Academy of State Service (the former Higher Party School) there are stucco decorations - thirty-one open books, on the left page it is written - "Lenin", on the right page - "Stalin". Junker College, the former city hospital number 3 (the building is sold to Sberbank, the hospital is merged with the Regional Clinical Hospital No. 2) Hotel "Central" Dalcombank (MTS Bank) Residential building on the street. Karl Marx number 37 - Book World and Barber Shop Alfa-Bank branch City Hospital number 2 named prof. Matveeva (maxillofacial surgery) The territory of the square to them. V.I. Lenin within the boundaries of the streets - 25 300 m; fountain area - 610 m; pavement area - 16,240 m; green area - 8 450 m.

11
This panorama has been added to any Virtual Tours
3D tour: add/edit 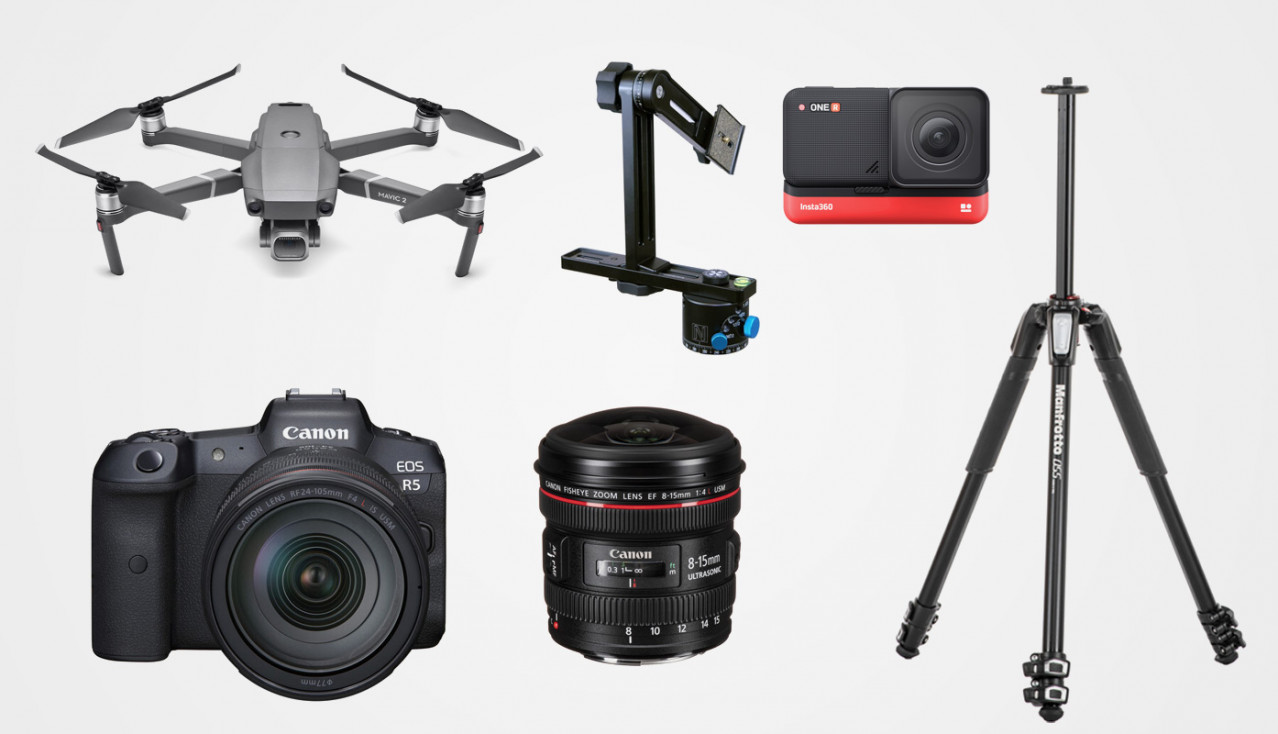 The question of choosing equipment for shooting spherical panoramas and creating virtual tours is one of the most important for a photographer - a panoramic photographer. On the TrueVirtualTours website, you have access to examples of work performed using one or other equipment and software.