Virtual tour: Lenin Square. In the center of Khabarovsk is the largest and most beautiful main square named after V.I. Lenin. At this place, when Khabarovsk was based, there was a taiga.

Over time, the forest was cut down and a wasteland formed. Later the wasteland was cleared. In 1860 - 1880, the city cemetery was located on the site of the square. The city grew, its borders moved apart, and the cemetery was closed. The location was convenient for the square. She was named Nikolaevskaya in honor of the Russian emperor Nicholas II.

At the beginning of the 20th century, the construction of a real school began on the territory of the square and a postal and telegraph office was built. In 1917, the area was renamed Freedom Square. Here, rallies were held, from here the Red Guard detachments went to the front.

In 1925, a monument to V.I. Lenin was erected on the square, the opening of which took place on November 7. The author of the monument is the famous Soviet sculptor M.G. Manizer. The height of the figure of Lenin is 4.5 arshins (3.2 meters).

In 1929, five soldiers of the Special Far Eastern Red Banner Army who were killed in battles near Lahasusu on October 12, 1929 were buried on Freedom Square.

From the 1930s until World War II, the square was not reconstructed. During the years of repression (1937 - 1938), the square became known as the Stalin Square and bore this name until 1957.

Particular attention was paid to the improvement and reconstruction of the square in the early 1950s. A lot of work in its reconstruction was invested by the architect E.D. Mameshin. New buildings appear on the square, a monument to V.I. Lenin was transferred from its center to the building of the third city hospital. And in 1957, the square was named after V.I. Lenin.

On May 9, 1945, Lenin Square was filled with jubilant residents who gathered for a huge festive rally dedicated to the Great Victory of the Soviet people in the Great Patriotic War, and on September 3 over imperialist Japan.

The area continued to transform, and the most significant changes have occurred in recent decades.

A special charm is given to it by the transparent streams of large and small fountains sparkling in the sun, beating high in the sky, and in summer it pleases the townspeople with the multicolor of its flower beds.  Source: http://www.dvhab.ru/city/sights/Area+im.+Lenina+ Khabarovsk

3
This panorama has been added to any Virtual Tours
3D tour: add/edit 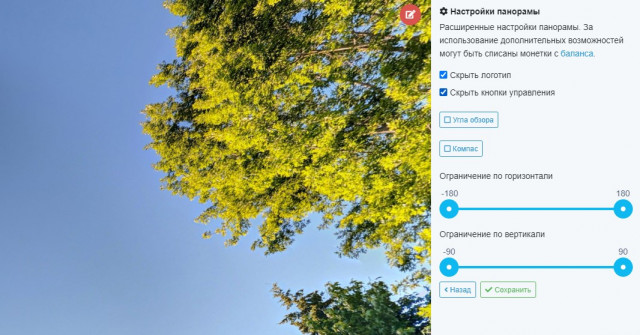 Added the ability to hide the logo and control buttons in the panorama.